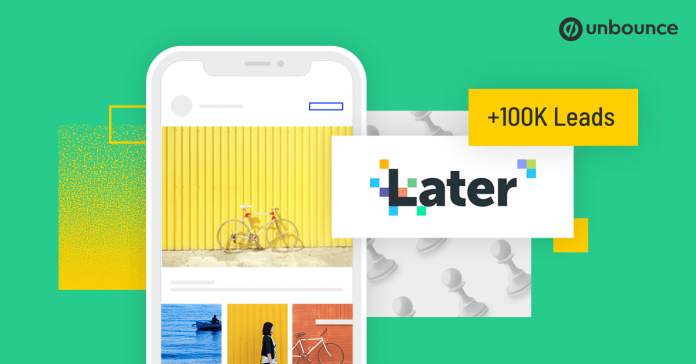 Taylor Loren knows it better than anyone: SaaS is a tough almond to milk.

It’s not just the complexity of building a valuable product that stands out from your competitors. The nature of the software as a service (SaaS) model is that your customers need to resubscribe every month (or year, depending). And no matter how great your platform is, that’ll inevitably mean churn.

For SaaS marketers, volume is the name of the game. You need to be constantly feeding more leads into the top of the funnel—leads that your team can nurture, demo, and convert.

We marketers know that acquisition is a whole lot easier when you create compelling content that gets people interested in your product. A must-read ebook or can’t-miss webinar (gated on a high-converting, on-brand landing page) is one of your best opportunities to gather more information about your visitors and start moving them down the funnel.

But even if you’ve got amazing, gateable resources at the ready, SaaS products eat up a ton of development resources, regularly leaving marketing teams in the lurch when it comes to front-end dev. Without the capacity to build landing pages and collect leads on your own, it can be a struggle to turn your hard-earned traffic into new subscriptions.

Just ask Taylor. After taking over as Head of Content Marketing at Later (a leading Instagram marketing platform), she and her small team managed to:

How did Taylor and her team pull it off? We got the team on the phone to find out.

Taylor joined Later near the end of 2015. As the company’s first marketing hire, she made content a core pillar of Later’s acquisition strategy.

From the beginning, Taylor and her team focused on delivering value: deep-dive advice and comprehensive how-tos for executing an effective Instagram marketing strategy. With a steady stream of awesome content (plus promotion on social), Taylor grew monthly blog visitors from thirty thousand to over a million in just two years.

That’s a whole lotta peepers, no doubt—but Later needed a way to turn those visitors into leads.

Taylor knew that pointing blog and social traffic toward landing pages with gated content would help Later collect key information about their visitors and move them onto the nurture track. Like most SaaS businesses, though, they had a small marketing team and developer resources were mostly tied up in the platform. That meant Taylor’s crew had to create landing pages on their own.

We have a small creative team. We needed landing pages for each downloadable asset, but creating and executing on each one took a long time. […] We only had one designer on our team, and web design wasn’t our strongest skill set.

If Taylor was going to realize her vision for acquisition, she needed a fast and easy way to build landing pages—without any help from developers.

Once Taylor’s team discovered a way to build landing pages without relying on developers, it was a whole new ball game.

Unbounce’s landing page templates have allowed us to execute a lot faster. We can create tens of landing pages quickly while also maintaining a high conversion rate.

This solution solved a couple of problems for Taylor right away. For one, Unbounce’s drag-and-drop builder and functional templates made it easy for her team to assemble gorgeous, on-brand landing pages in a jiffy. That means Taylor can now launch a dedicated page for every new resource her team puts together, like educational webinars and downloadable icon sets.

By directing visitors to landing pages through calls to action on popular blog posts and across social channels, Taylor and her team can learn more about their readers (like their industry and following size) and get them into the appropriate nurture track.

Here’s an example of how Later turns their blog visitors into leads using gated content:

The best thing about Unbounce is that I can quickly see what’s working and what isn’t working, and tweak it on the spot instead of having to write another line of code or planning something completely different.

With landing pages built in Unbounce, Later has collected more than 100,000 leads (and counting) from their gated resources. That probably has something to do with their conversion rates, which average around 60%—well over any industry benchmark.

And because landing pages have made Later’s Google and Facebook ads more effective, Taylor says that she’s reduced the cost of nabbing those leads, too.

Our designers have created a lot of ad-specific landing pages in Unbounce, which has helped us lower the cost-per-acquisition of new leads.

Check out this recent example of Later converting on their huge social following with a simple (but valuable) gated asset:

That’s not all. Unbounce has given Taylor’s team way more insight into the effectiveness of their landing pages, helping them keep a pulse on their campaign performance.

The dashboard to see conversions is one of the biggest improvements we’ve seen since implementing Unbounce. Now, we can easily A/B test two pages and see at a glance which is performing better.

In just a few short years, Taylor built a content ecosystem that established Later as an industry thought leader with a monster online following. By adding landing pages built with Unbounce, she kicked her content strategy into overdrive and collected tens of thousands of new leads for the SaaS platform.

If we’ve learned one thing from Taylor, it’s that having the freedom to execute on your marketing initiatives is key. Because they’ve removed the need for a front-end developer and taken control of the building process, Taylor and her team are able to launch new landing pages faster. That means every new piece of content they create is another opportunity to generate leads.

Want the same kind of results for your business? The first step is to produce some truly awesome content. Then you’re going to need a great landing page. 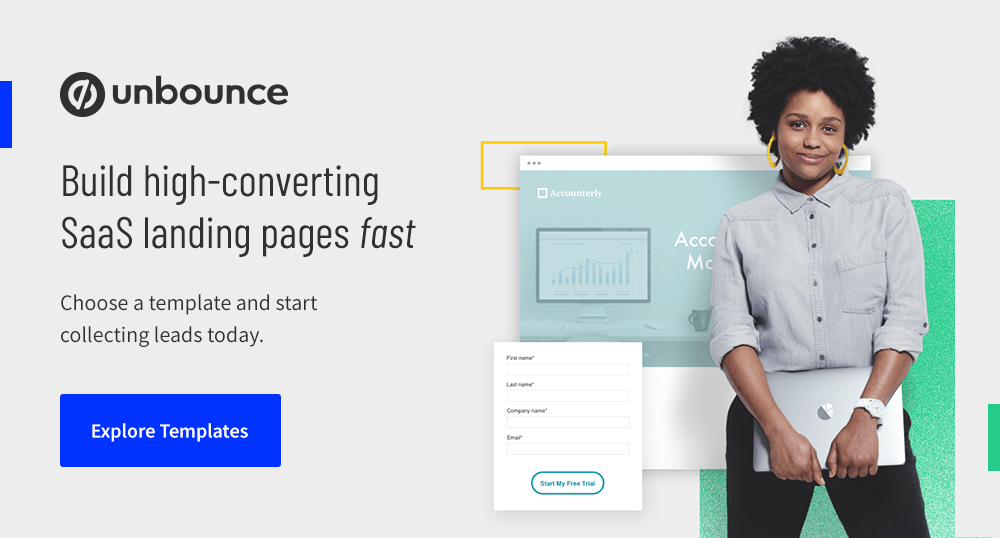