Home Inbound Marketing The 4 Reasons You Chose a Bad Company Name … Now What?

Picture the scene from the film The Social Network where a fast-talking Sean Parker (played by Justin Timberlake) glides into a lunch meeting with Mark Zuckerberg, Christy Lee, and Eduardo Saverin.

Sean confidently expresses how he envisions the company’s thrilling growth, impressing two out of the three start-up enthusiasts.

And then, right before his sudden departure, Sean offers a piece of advice to the crew, a recommendation that Eduardo passive-aggressively states was Sean’s biggest contribution to the company: “Drop the The. Just Facebook. It’s cleaner.”

Would The Facebook have been as successful as Facebook? Many will argue no. Sean’s influence led Mark to update the company’s name and further pivot the platform toward the minimalistic look we know today.

Of course, there’s no one-size-fits-all approach to naming a company. The naming patterns that work for a social network may not necessarily work for your company. However, regardless of industry, selecting your company’s name can make all the difference to its eventual success.

Here, let’s explore the components of a “bad” name, so you can ensure you avoid these mishaps if you’re currently in the naming stage with your own company (or the re-branding stage). 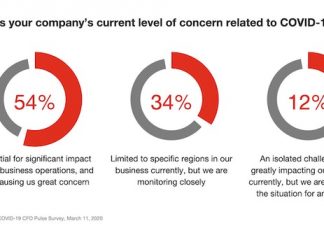 Pam French - July 12, 2020
0
As lockdown measures begin to ease, many businesses across the US and globally are being allowed to reopen. While this is welcome news for...

What Is a Marketing Manager?