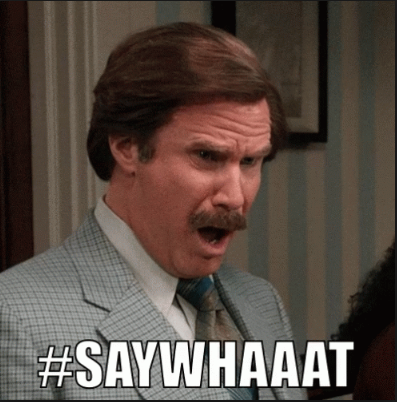 Update: A Mozzer pinged me in a private Slack channel to lmk that they they are punting on listings management and working on relaunching MozLocal with more valuable features. This is slightly at odds with my guess at what happened below (but hey, #blogger), but it sounds like they are looking at baking more “Local” data into their SEO tool suite which kind of fits with my take that that is where they have the biggest advantage/opportunity. Here’s what they said:

“Moz promised to re-focus on SEO 2 or so years ago. This was the impetus behind Keyword Explorer, Link Explorer, and On-Demand Crawl. Listings management is tangential to SEO, so rather than continue to maintain a service that is utterly distinct from everything else we do at Moz, we decided to partner so that we could put more energy into improving the Local Search product outside of listings management. I think customers will be very pleased when they see what we have in store for the coming months”

Just saw the news that Moz appears to have basically outsourced Moz Local functionality to Uberall. I guess it was announced last week, but the fact that there has been zero chatter and zero news reports about this until yesterday may be indicative of what drove this deal. I have no inside knowledge of why it happened, but I have a blog so I can pretend like I know (see E-A-T).

Local listings management is a crazy game. On the one hand you’ve got YUGE brands (think Target, Kohls, Macys, etc.) who have a hard time managing the location data for thousands of businesses and would probably love to outsource the NAPPITA™ as much as possible. In most organizations I have been exposed to, “Local” is the red-headed, bastard stepchild. Think more Theon than Ramsey. Most digital orgs that have thousands of locations think of themselves as ecommerce first and “local” a far-distant second. So a service like Moz Local makes sense to keep an eye on the bastards for the brands.

On the other hand, you’ve got SMBs which everyone thinks is a gold mine because there are so damn many of them. But once you get into trying to acquire and service them, you realize it is death by 20 million cuts. So maybe you come up with this brilliant idea to partner with agencies and let them incur the hassle of servicing these SMBastards ® only to find that they have their hands full acquiring, servicing and maintaining clients and don’t always appreciate giving a cut of the revenue to another vendor, particularly for something as hard to measure as NAP consistency. And when an agency’s client churns after a few months, I imagine they are looking at annual subscription services they signed that client up for and thinking not positive thoughts.

The problem is well-funded competitors like Yext* and Uberall are playing a global game and trying to grab as much big-brand market share as they can. It’s a big market to be sure, and there’s a ton of opportunity, but there are also plenty of competitors right behind them like Brandify, Rio, Reputation.com, SweetIQ, entire villages in the Philippines, etc. making it hard to stand out.

There’s a saying in Local, “SMBs don’t buy anything, they’re sold.” Same goes for big brands for anything they can’t put on the corporate credit card. So you need a salesforce. Which costs a lot of Benjamins.

So if you’re Moz, you’re hoping that your brand equity flows over to Moz Local and all of those big brands with locations that are subscribing to your SEO tools will naturally buy MozLocal because who wants to deal with multiple vendors?

Except you’ve got well-funded and scrappy competitors on the SEO tool suite side like BrightEdge, Conductor, OnCrawl, Botify, DeepCrawl, SEMrush, Ahrefs and on and on who are likely grabbing a lot of the big brands who might use MozLocal.

So Moz has to pick its battles. And typically when that happens, the core business wins.

Acquiring GetListed (and David Mihm) to create Moz Local was a great move on Moz’ part, but it seems clear from this deal that the market has changed significantly since then. The assumptions that went into that deal likely no longer apply. Moz, like any other business, needs to focus on its biggest opportunities for future growth. It seems clear from this deal that Local, or at least this PITA part of Local, is not Moz’ future.

As for Uberall, this seems like a great move for them. With their acquisition of NavAds last year , Uberall emerged as the feisty number 2 in this game. It will be exciting to see them, Yext and the other players duke it out. The ultimate winner will likely be the popcorn industry…

*FYI LSG does consulting for Yext and our blog format is still screwed up from a PHP upgrade. Who has time to deal with this crap?

Top Business Listings for Every Industry