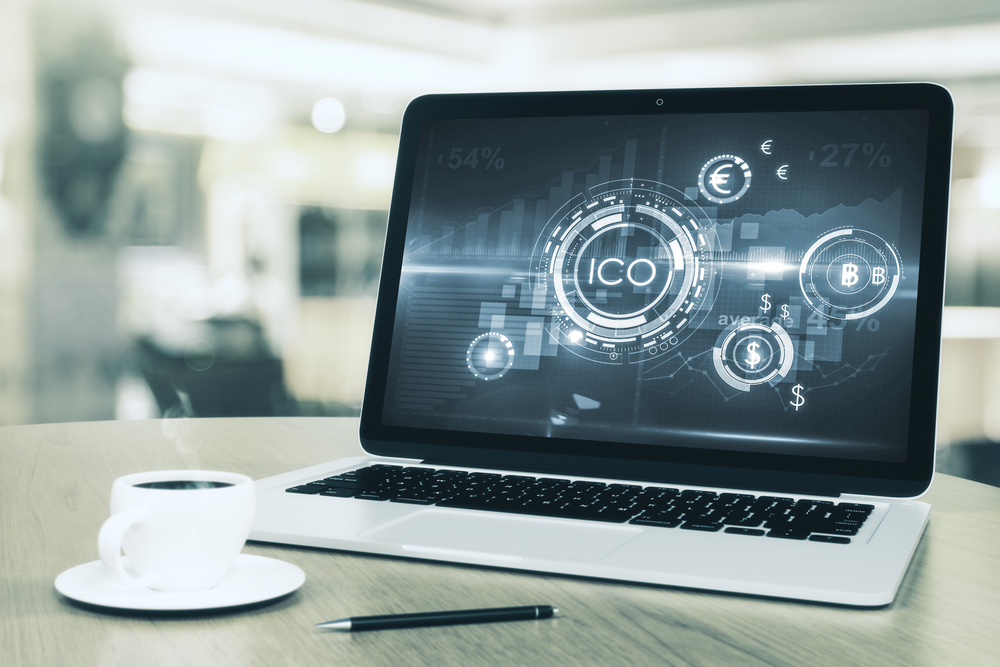 Initial Coin Offerings (ICOs) are booming. In 2017, there was approximately $5.6 billion raised by over 900 ICOs. Almost half of these ICOs were deemed a success. In the first quarter of 2018, $6.3 billion was raised via an ICO. This figure includes the $1.7 billion raised in Telegram’s ICO. These numbers tell us that despite advertising bans and regulatory threats, ICOs are still a big business that is only getting bigger.

In January 2018, Facebook had over 2.2 billion active users when it announced a new advertising policy that banned ICO and cryptocurrency advertisements.  Just two months later, LinkedIn and Twitter, with 500 million and 300 million users respectively, followed suit with bans on ICO advertising. At the same time, Google, with approximately 67% of the PPC market, announced that it was updating its ad policies to include not just ICO and cryptocurrency advertisements, but also all content related to these topics. Google stated that it took down over 3.2 billion ads in 2017, as they were found to be in violation of its policies.

PPC campaigns for ICOs is by no means dead because of the Google ban, nor is it the end of the serious ICOs. If any good will come of this ban, it will be that some of the less serious and scam ICOs will be cleared away. One of the biggest winners from the ad bans will be the crypto-specific networks. Whilst crypto-centric ad networks offer fewer publishers compared to traditional ad-networks, they provide more targeted traffic at reasonably low prices. Some of the top crypto advertising networks are as follows:

Bitraffic.com – Launched in November 2017, Bitraffic has 2,700 sites in their network.

A-ADS.com – One of the first crypto networks, A-ADS.com claims to generate around 142 million ad impressions a day.

CoinAd.com – At the top end of prices, CoinAd.com only accepts publishers with an Alexa ranking below 100k and a minimum of 200k daily impressions.

Cointraffic.io – Established in 2014 and relatively small, Cointraffic.cio has only 400 publishers and provides good quality sites with targeted traffic.

A problem is emerging and will increase post-June, as every ICO will be fighting over the same banner space. Costs will increase and the top sites will continue to be booked for months in advance. While PPC should still form an essential part of any ICO marketing strategy, the rules have changed and, ICO marketing managers have to alter their way of thinking. The crypto ad networks do offer targeted traffic, however, it isn’t as targeted as Facebook and Google. Expectations will have to be adjusted, along with PPC’s part in ICO marketing plans.

In addition, it’s worth bearing in mind that due to the volume of publishers, PPC campaigns on crypto-centric networks aren’t going to get the same amount of impressions and clicks as campaigns run on a traditional ad network. Still, crypto-centric advertising networks should produce a positive ROI if carried out properly. It is important to make sure that the traffic is targeted. As there is an ever-growing choice of publishers and crypto ad networks, ICOs have the ability to run multiple small campaigns on a few different networks in order to compare the results.

The importance of SEO in ICO marketing strategies

It is important to note that while ads are being banned on traditional advertising networks, search engine results are not. This leads to a much more prominent role for SEO. As always, a well-researched and professionally implemented SEO strategy should form the bedrock of any ICO marketing package. SEO is the best long-term and cost-effective strategy for any ICO that is serious enough to think about post-ICO marketing. In addition to the above-mentioned strategies, there are also PR and media outreach, event sponsoring and attendance, and email marketing, all which provide effective marketing channels. There are also other free channels to utilize, including LinkedIn, Reddit, Quora, Telegram, and Steemit, as well as Facebook pages and groups.

PPC: ICO marketing for the future

It isn’t just the ad bans that are making headlines in the world of ICO marketing, regulation is the hottest topic in the crypto world right now. The SEC has stepped up their battle against scam ICOs, which can only be a good thing for the ICO industry. However, what could cause a huge impact on most ICOs is whether or not coins will be classed as securities instead of currencies. A few governments have already banned ICO sales in their countries and regulatory authorities around the world are shining their spotlights brightly on ICOs and cryptocurrencies. In the meantime, ICOs will need to optimize every available marketing channel, including PPC.

Crypto-centric advertising networks will play an important role in ICO marketing strategies. The networks will most likely offer the same potential ROI as Google and Facebook, but they can also become a profitable method of ICO advertising. It’s best to start small and test out the different networks. Small campaigns spread across a few networks will allow you to compare results before you consider increasing the PPC budget for a particular network. For ICOs, there’s still gold in the PPC hills, you just have to dig a little deeper to find it.

For the time being, at least, the popularity of ICOs, as well as the rewards available to those launching them, show no signs of slowing down. The advertising bans mean that ICOs will need to look for other platforms that allow ICO advertising, including Telegram channels, crypto media websites, and crypto review sites. ICO marketing strategies will need to use more content-based marketing to compliment a strong SEO strategy. Articles and videos that share the ICO’s message in a newsworthy and editorial style will play an important part in ICO marketing strategies.

PPC will continue to be relevant in ICO marketing strategies. Smarter, out of the box thinking is required, and some good old-fashioned A/B testing of the networks and publishers that allow crypto and ICO advertising.

On Yavin is co-founder and CEO of Cointelligence.

If you are doing paid search, paid social or SEO, and are not optimizing your conversions, you might be leaving money on the table.

While the web has offered the businesses the huge number of new marketing opportunities, it has also brought an increased insecurity. Ann Smarty considers five ways to beat shady competitors’ tactics.

Finding a competitor in position 1 for your brand terms can be frustrating. If this happens to you, here is what you can do.

In an increasingly competitive and regulated world, how to market an ICO will be the difference between success and failure.