It must be tempting for a brand to try to do the fun, edgy social media thing, like tease a new promotion or rebranding:

IHOb? What could it b? #IHOb

This b is an A+ #IHOb pic.twitter.com/QI5rg1sJSP

Our NEW burgers are so burgerin’ good, we changed our name to IHOb. For burgers. Go ahead, burger one today. #IHOb pic.twitter.com/lyciVZxAuH

Of course even when these campaigns go well on social media, we often see brands totally ignore the SEO components that could get the word out to those few people who for some reason aren’t using Twitter to find a place for lunch.

So I headed down to the local IHob for lunch yesterday to grab a burger and take a look at their SEO strategy, which surely they launched to support this bet-the-brand effort right?

As I pulled into the lot, my first impression was that this IHob thing is probably not a true rebranding and more like a temporary promotion to get us thinking that they are now a place to grab lunch cause, just like our President, everywhere I looked I was still getting hit in the face with P.

The signage on the door was a bit schizophrenic. They clearly were making a push for the “b”, but it was as if they hadn’t anticipated that stores might still have a lot of signs, again just like certain statesmen, that were covered with “p”.

So it shouldn’t surprise you that their website has similar issues.

Despite the rebrand, IHob was still rocking the ihop.com domain:

(UPDATE: See @henshaw’s tweet – holy pancakes this is SEO malpractice of the highest order) but apparently this burger thing was moving too fast to change domains or even put something up on Ihob.com. Probably not a bad idea as that can be tricky SEO-wise, but how about just redirecting ihob.com to ihop.com? Ihob.com would have likely acquired a spate of backlinks yesterday which would have helped when it came time to redirect ihop.com, and it probably would be ranking #1 in Google for “ihob” queries v. all these news results:

I guess this wasn’t a huge issue yesterday as the news is more important in spreading the word than the brand, but this SERP could easily start to show articles ridiculing the strategy or about how Wendys totally pwned them. And then they are going to want that ihob.com domain to be #1 for that query to try to control the message, or at least to help drown out the snark.

(note: sometime after 5pm PT they actually put a pic of a burger up on ihob.com but for most of the day it just read “coming soon”. Oh yeah and there are multiple indexable versions of the homepage)

And while the site sported an updated IHob logo, someone had forgotten to invite the store locator guys to the meetings:

Scrolling down the homepage below the fold, it appears that maybe folks were a bit too busy with coming up with fun Tweet ideas to give the app team a heads up:

But who cares if the branding on the site is inconsistent as long as people know we’re now all about burgers right? Good thing they updated the homepage title tags and meta descriptions to make sure people searching for them get the “we’re all about burgers now baby!” message:

For those of you without zoom capabilities, the title tag of that URL reads “Big Bold Omelettes and World Famous Pancakes”. This may not be so wrong as one of their new burgers is the “Big Brunch”:

I ended up going for the Jalapeño Kick which the manager mentioned was the most popular burger on the menu. But again the restaurant was sending me signals that this rebrand hadn’t really been well-thought out. For example, at the end of my table there was a sign for their burgers, but instead of bottles of ketchup and mustard, here’s what I saw:

Who doesn’t like a slathering of blueberry syrup on their burger? Actually, maybe I’m in the minority. Why else would they give you side options of fries, onion rings, fruit or…

Is it me or does it seem like iHob, like some other people in the news these days, really can’t quit the p?

And speaking of reluctance to change, let’s not forget about those Google My Business listings:

If IHop truly had rebranded they would have changed all of their GMB names (although I wouldn’t have been surprised if Google would have algorithmically rejected the change. I think Bill Slawski found a “just too damn ridiculous” patent once).

While I can’t say I am particularly impressed with the SEO effort, the burger had a surprisingly spicy jalapeño kick. Nothing a real chili-head would respect but it wasn’t super wimpy like most QSR spice-trend dishes. All in all, a fine low-brow burger.

As for the fries? They tasted pretty much like home fries that had been reshaped for lunch with a slight hint of yesterday’s Crispy Fish & Chips. And they only supplied me with a single flimsy napkin.

Of course they were as stingy with the napkins as they were with their new burger URLs in their XML sitemap.

Look, I get it. We’re doing MARKETING here baby and we don’t have time to do all your fancy optimizing. But think about how much time, effort and $ iHob is putting into this campaign. Even if this is just a temporary stunt, iHob does not appear to be appreciating the long-term advantage of tying an SEO strategy to a social campaign. Remember “Puppy Baby Monkey?” I bet Mountain Dew’s SEO guy remembers it as the time his company’s ad went viral on the Super Bowl but they never bothered to try to get the site or Mountain Dew’s Youtube channel to rank for the damn term:

Speaking of time, I asked the iHob manager when he was informed about the campaign. He said corporate had told him about a month ago and sent new menus, signage and videos with cooking instructions for the new burgers. Unfortunately his cooks had ignored the videos until that morning and now weren’t sure how to cook all of the different burgers which is what everyone had been ordering that day.

SEO in large organizations is a lot like those burger cooking videos. Requirements get sent to decision makers but they get ignored, or pushed down the priority list, until there’s an emergency and then there’s a mad scramble to figure out what went wrong and fix it.

SEO is always the lowest priority, until it’s not… 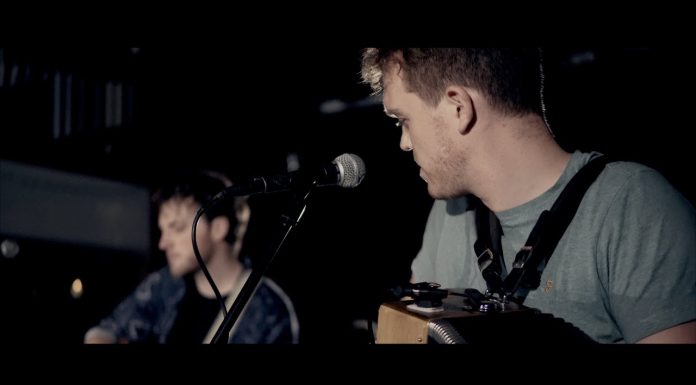