People also ask (PAA) boxes have been becoming more prevalent over the past few years.

In fact, according to Ahrefs’ Keywords Explorer, 43% of search queries now show a PAA box: 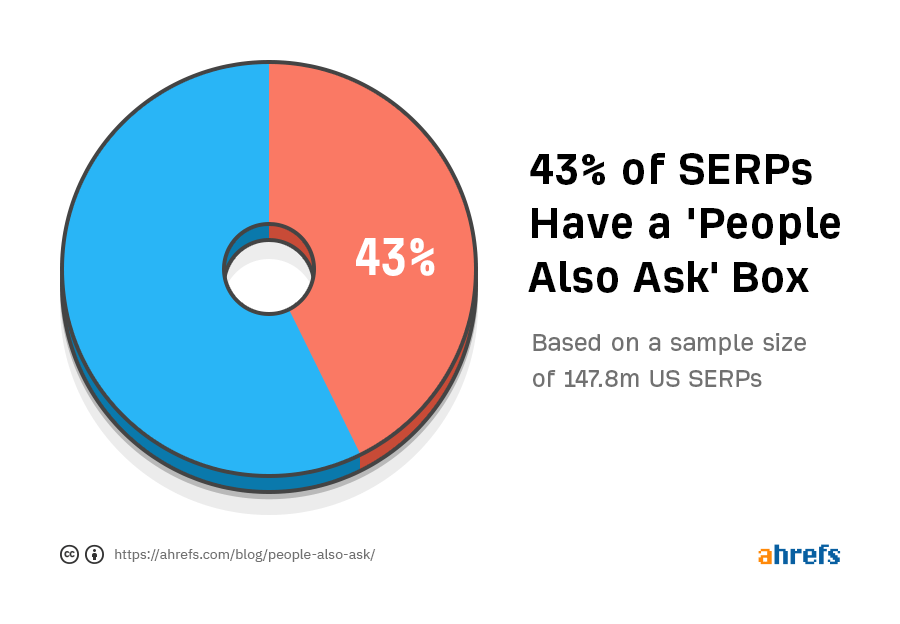 In this guide, we’ll talk about how you can rank in PAA boxes, whether you should even bother, and other ways they can help your SEO.

But first, the basics…

What is the ‘People Also Ask’ box?

The ‘People Also Ask’ (PAA) box is a Google SERP feature that answers questions related to the user’s search query. Each answer comes from a web page, and Google provides a clickable link to the source below each one. 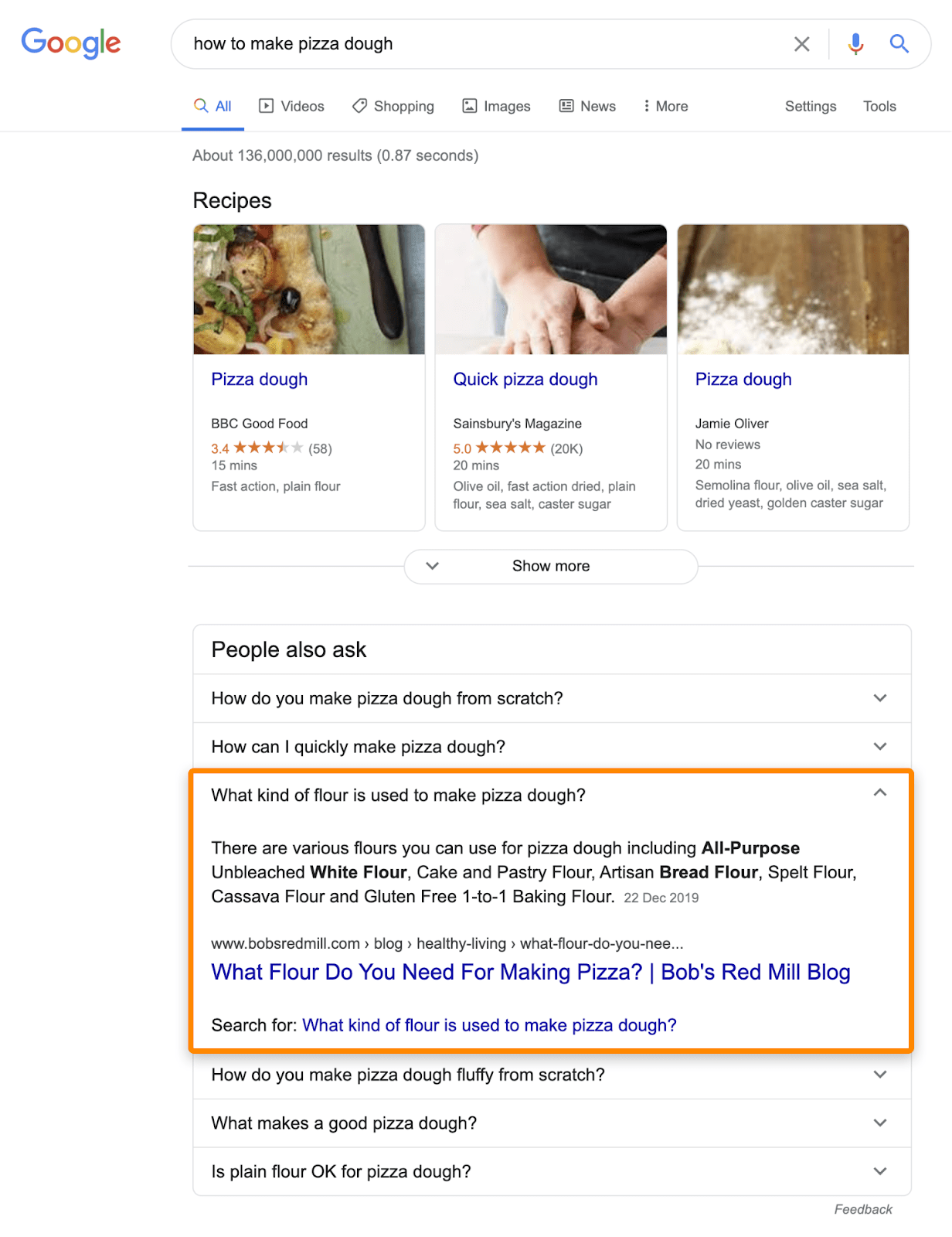 Before we talk about if and how you should pursue PAA rankings, let’s cover a few things to keep in mind.

Unlike featured snippets, which usually appear either first or second in the search results, PAA boxes can seemingly appear in almost any position.

For example, it shows in position #2 for the query ‘how to become a paramedic’: 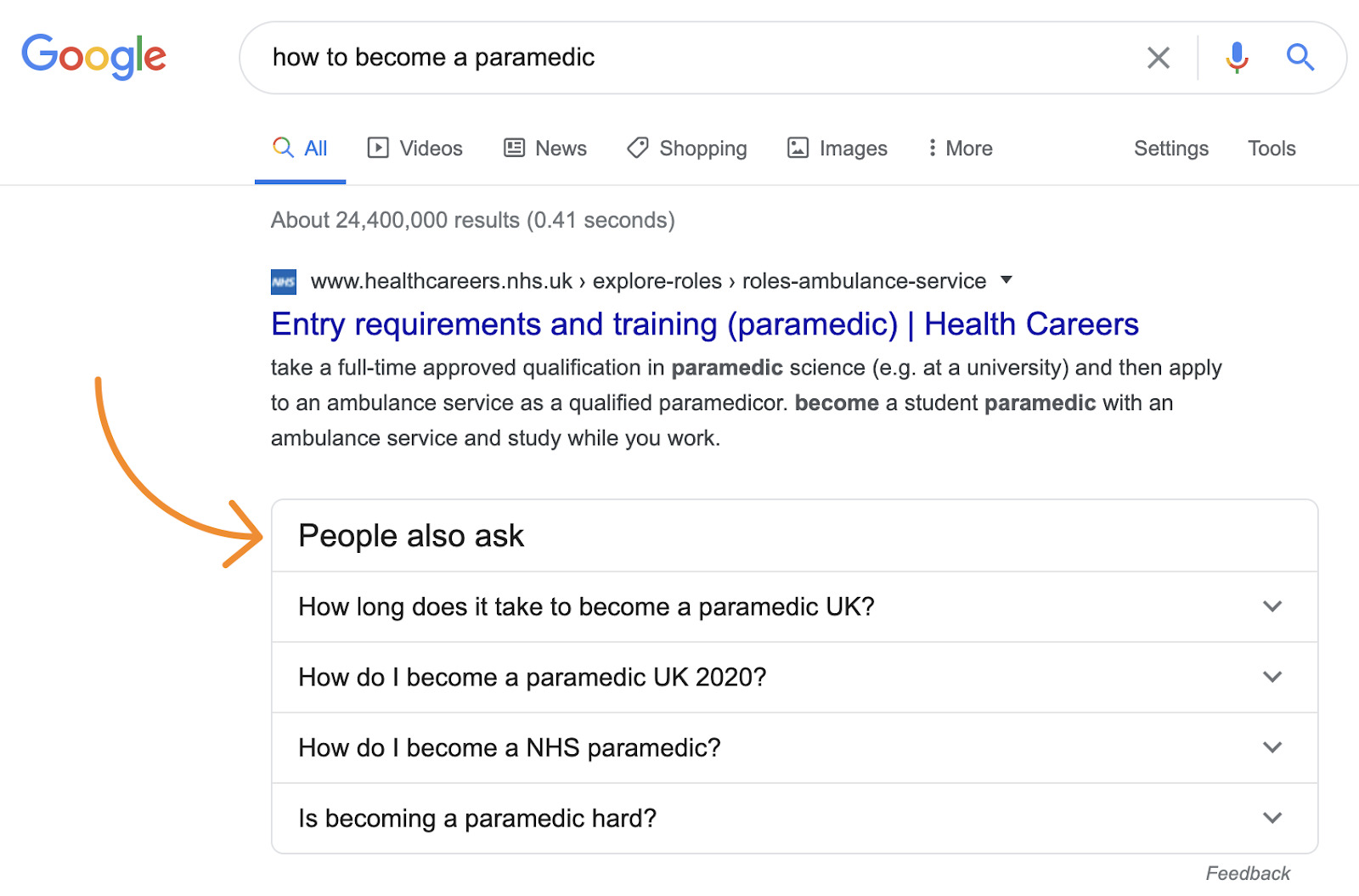 But for ‘blog post templates,’ it doesn’t show up until position #6. 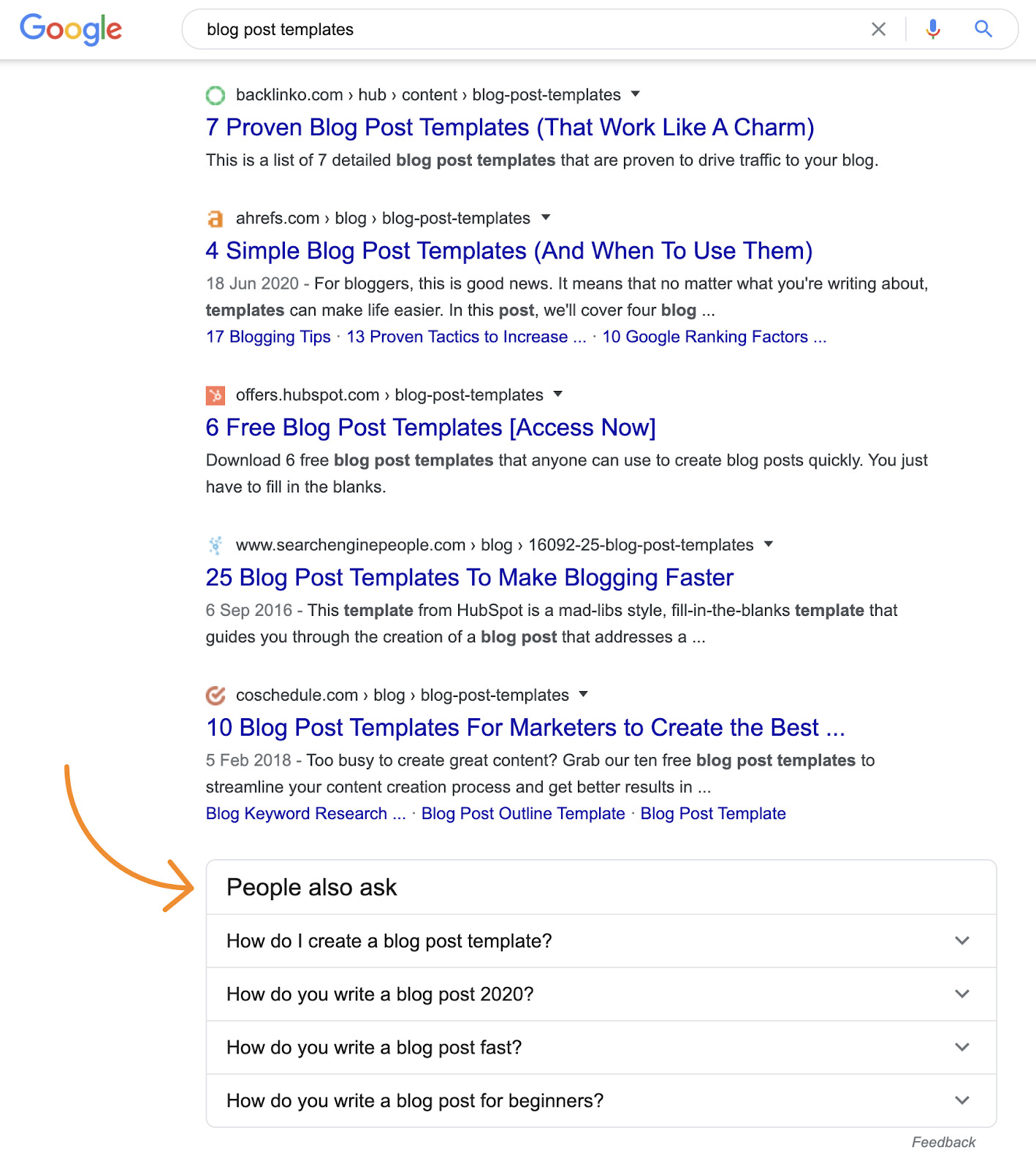 For some queries, the PAA box doesn’t even appear on the first page.

More questions load whenever you click to expand to reveal an answer in the PAA box. And having done some serious…