The game was announced on 19 June 2007 and was released on 10 October 2007 for Xbox 360, PC and PlayStation 3. The PlayStation 2 version was released on 13 February 2008 and the PlayStation Portable version was released in the same year. Farming Simulator is an outdoor simulation game developed by the Belgian developer Giants Software. The game is played from an aerial view of the player’s farm and allows for a larger playing area than most other farming games.[1] Each year the game is updated with new content, and new tractors are released for gameplay. The first DLC for the game was released for the PC on 13 February 2008.[2] The most recent version of the game is Farming Simulator 14.

Development of Farming Simulator began in 2001.[3] At the time, the development of the game was moved to the Giants Software Development studio in Sint-Martens-Latem, Belgium, and the decision to release the game was made on 14 July 2004. The game was originally announced as being at the “1.0 version” of the game on 19 June 2007, as an Xbox 360 title,[3] and later as being targeted for release for Windows[2] on 10 October 2007.

The game was launched in a double launch event on 12 and 13 November 2007 in France and Germany respectively, with the Xbox 360 version being one of the first titles released on the Xbox Live Arcade.

An update was released for the PlayStation 2 on 13 February 2008, followed by a PlayStation Portable version in September 2008, and an Xbox 360 version in September 2008. This version features new vehicles and some new content. An update for the Xbox 360 version was released on 6 July 2008, which added New Orleans to the map and corrected several bugs.

An update patch for the game was released on 13 February 2008, which added more content such as ranches and buildings.

A patch was released on 2 September 2010, that fixes some errors in the audio and engine. The patch also includes a new tractor. A new tractor, called Johann Sebastian, was added to the game on 30 June 2011. 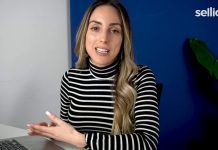