Home Advanced Augmented Reality SEO: What to Expect in the Future 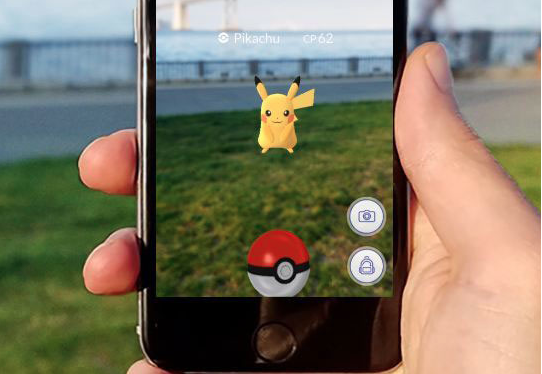 Augmented reality. It sounds like a term that should be used to describe a science fiction movie.

But augmented reality (AR) has become a force to be reckoned with in 2018.

By definition, AR uses technology to superimpose computer-generated visuals on the user’s view of their real-world surroundings, which creates a composite view.

It sounds a bit complicated, but as you’ll see shortly, it’s actually a pretty basic concept you might be familiar with.

Although this technology is seemingly still in its infant stages, as marketers, we need to keep a close eye on how augmented reality can affect our brands.

The most successful businesses stay informed on the top marketing trends each year. AR is a topic that needs to be on your radar.

You need to take AR into consideration when devising your search engine optimization strategy.

Yes, on the surface these two ideas may not seem to be related, but they are. I wanted to explain why. That was my inspiration for writing this guide.

If you aren’t familiar with augmented reality, I’ll explain where this technology is now and how it’s being used.

I’ll also show you some plans and predictions for the future and how you can apply this technology to your business.

The basic concepts of augmented reality

Before we talk about the future of AR and how it will impact your SEO strategy, I want to make sure you really understand it works.

In short, augmented reality uses technology to overlay visuals onto surroundings in the real world.

A great example of this technology used in popular culture is the Pokemon Go app. Users find fictional cartoon characters in real-world locations surrounding them.

Look at the image above.

Obviously, this character isn’t actually standing in the grass. If the phone wasn’t there, all you would see is the grass, road, water, and a bridge.

Furthermore, if the user turned and looked to their left or right, the character wouldn’t be there either.

It’s a really cool concept that helped Pokemon Go become one of the most popular and successful gaming apps of all time. But we’ll talk more about that later.

This technology is increasing in popularity and users are growing to accept its application in their lives.

Understanding the differences between AR and VR

Augmented reality and virtual reality are two terms that often get confused. That’s because we don’t use either of them every day, at least not yet.

AR and VR are similar because they both allow you to experience something you normally wouldn’t see in your life without the use of technology.

That said, augmented reality and virtual reality are very different.

Virtual reality has a much deeper impact on the user experience. Basically, an entirely new world is created using VR technology.

New sounds, images, video, and senses are all part of the VR experience that gets generated by computers.

Virtual reality typically requires special headsets or goggles in addition to headphones if users are experiencing it on their own, such as a virtual reality game.

What else do AR and VR have in common? They both have a bright future. 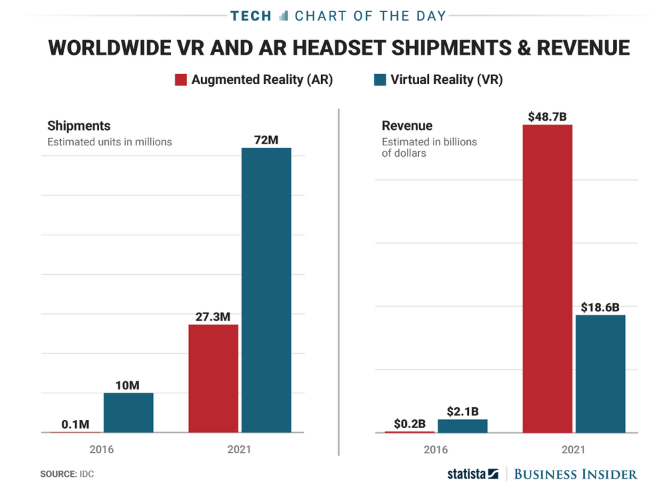 As you can see from this graph, experts are predicting shipments of AR and VR equipment to astronomically skyrocket over the next few years.

This will result in high revenues for businesses in these industries.

Now, take a look at this graphic more carefully.

That’s what makes augmented reality so appealing. You can get a high ROI on this technology because the equipment isn’t as cost-intensive and cumbersome as that of VR.

Now let’s dive into the SEO aspects of augmented reality.

All of the major search engines have algorithms for displaying search results. That’s how websites get ranked based on what terms people are searching for.

Many factors go into these algorithms so the content that gets displayed is relevant to the searcher. Search engines use bots, also known as crawlers, to analyze your website content so that your pages can be ranked accordingly based on searches.

With the growing popularity of augmented reality, we can expect these search engines to adjust their algorithms accordingly. 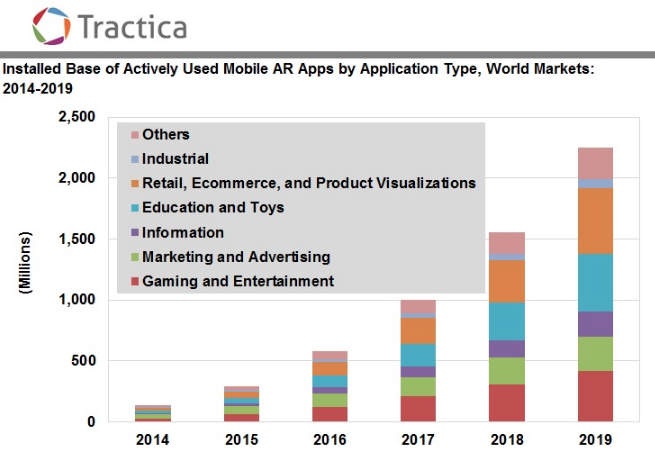 As you can see from the graph, augmented reality has been implemented in a wide variety of industries. Each year, the number of installed AR apps has been increasing.

I’m not expecting to see this trend slowing down in the near future. In fact, I’m expecting it to grow exponentially.

So offering AR content could potentially improve your search ranking.

Furthermore, these search engines themselves could employ augmented reality features to improve the search experiences of users. I’ll show you some examples of this later on.

If you want to stay on top of the latest technological advancements, you need to keep your eye on augmented reality trends.

Right now, SEO marketers use all different types of visuals to improve their content and search ranking. That includes:

As a marketer, you may also want to consider ways to implement augmented reality into your content strategy. This is especially important if you’re targeting users browsing from mobile devices.

AR is a feature that can help improve the profitability of your small business mobile app.

For starters, you need to recognize how AR can impact local SEO.

Last year, 97% of consumers searched for a local business online. 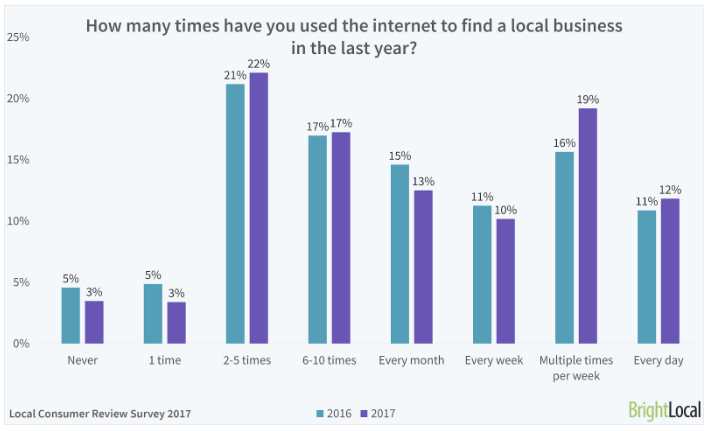 These types of local searches are different.

There are different factors in search algorithms that go into these local rankings. You need to plan for potential changes that augmented reality could bring in the future.

Here’s how it could potentially work. A consumer walks by your store. Rather than searching for the name of your business, they just open their mobile app that has AR features.

Now they can see reviews of your business just by pointing their mobile device in the direction of your store.

Your listings need to be accurate and up to date. Plan accordingly for this type of feature because it’s coming in the future.

You’ll also want to make sure that the details of your business are SEO friendly on all devices.

People will be browsing on phones, tablets, and computers.

The application of this AR concept would look something like this:

Users would see the star ratings of your business and be able to read customer reviews and testimonials that increase your brand credibility.

They’ll see your contact information and be able to make a reservation or set up an appointment directly from these AR platforms.

When you’re trying to predict the future of new technology, it’s always a good idea to see how giant corporations are planning to implement new features. 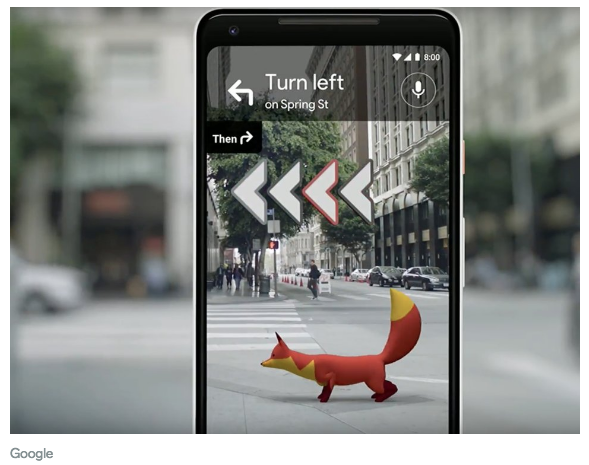 This image is a prototype of what this AR feature could look like.

There is no release date on this update just yet. It might be something the company is just experimenting with.

That said, don’t be surprised to see some version of this AR feature coming to its app soon.

Google is also planning to release another new feature for its maps app that’s going to offer recommendations to each user. 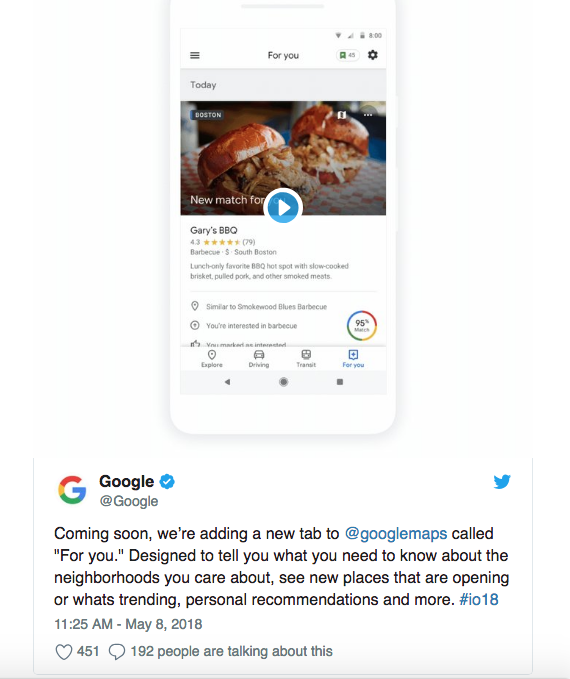 This “for you” feature is something that Google actually plans to implement, as you can see with the tweet confirming this from earlier this year.

Who knows, maybe Google is planning to pair this update with the AR features it’s been experimenting with as well.

This is a tricky question. Marketers have been trying to determine this for a while, but there haven’t been concrete answers.

Google says your social engagements don’t have an impact on your SEO ranking.

However, a recent study from Hootsuite suggests otherwise. 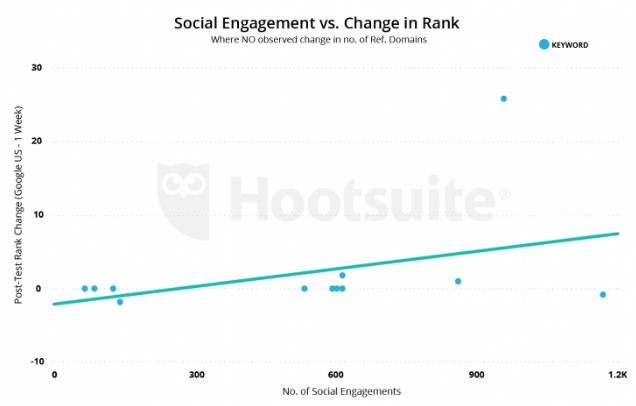 This research suggests there is a correlation between social engagement and change in search ranking.

Let’s bring this back to AR. Social media platforms have been using augmented reality features.

Your business needs to start taking advantage of those features on your social channels as well.

This will increase your social engagement and, in theory, improve your SEO ranking.

Some examples of basic social media features that have AR technology elements include Instagram stories, Facebook 360-videos, and Snapchat filters.

While these applications of augmented reality are very simple, I’m expecting more in-depth forms of this technology to come in the future.

Unlike VR, AR depends on your location in the real world. I discussed this concept earlier, giving examples.

Pokemon Go characters won’t be the same everywhere. It depends on where you are located specifically.

The same holds true for Google local listings and the potential implications for the future of those apps.

Now it’s time for you to use this information to your advantage. Implement AR in your mobile app and combine it with geofencing technology.

Come up with a strategy unique for your business. Encourage your app users to use your augmented reality features.

Give them incentives or rewards for using AR. These features will help your app grow in popularity and ultimately improve the ranking of your business mobile app.

App store optimization, or ASO, is not quite the same as SEO. However, the two concepts are definitely in the same family.

Just look at how the AR app Pokemon Go was able to succeed in the first month after its launch compared to the other top grossing mobile games: 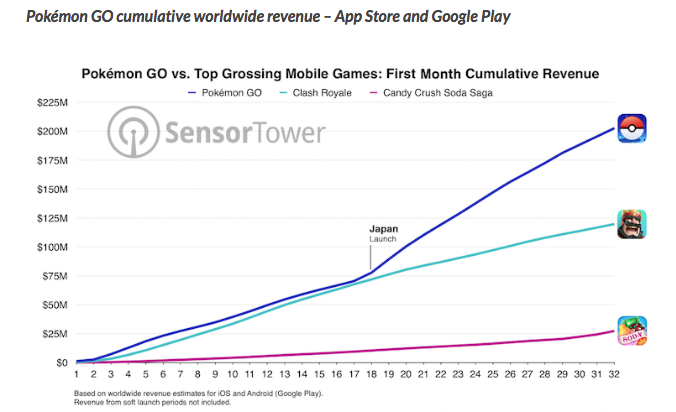 This app was this successful because people love the AR features.

Adding AR to your app will help your ASO. Ultimately, improving your ASO will help with SEO because of the improved brand exposure and increased traffic to your website.

You don’t need to use social media or have a gaming app to use AR on your mobile app. There are apps out there right now taking advantage of this feature.

A great example of this is the IKEA Place app: 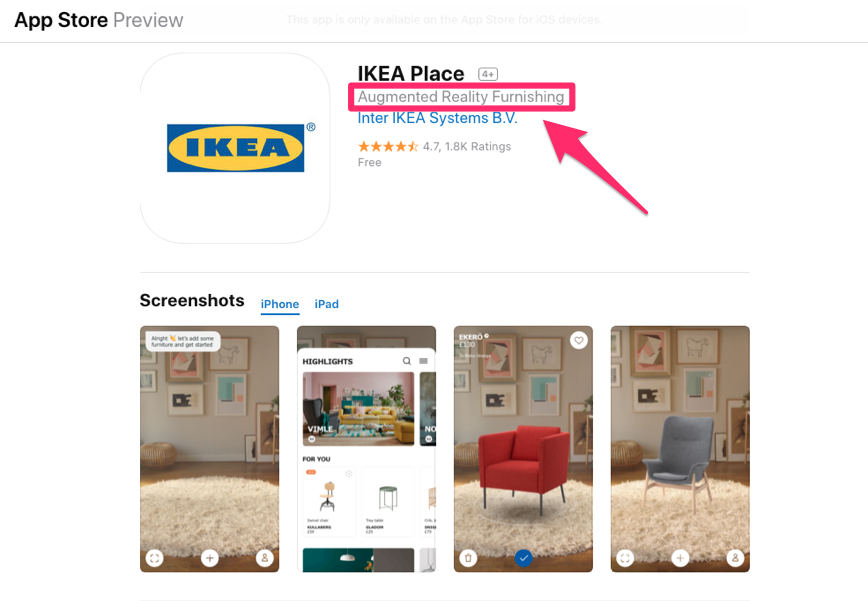 This app uses augmented reality to show users what different pieces of furniture would look like in rooms of their homes.

This drastically improves the user experience since they can have an idea what their rooms will look like without having to buy and build the furniture first.

You can also expect geotargeting to be combined with augmented reality in the future.

Marketers are already using location-based services to target consumers. AR will bring this concept to the next level.

Here’s a futuristic look at how AR might be used with geotargeting: 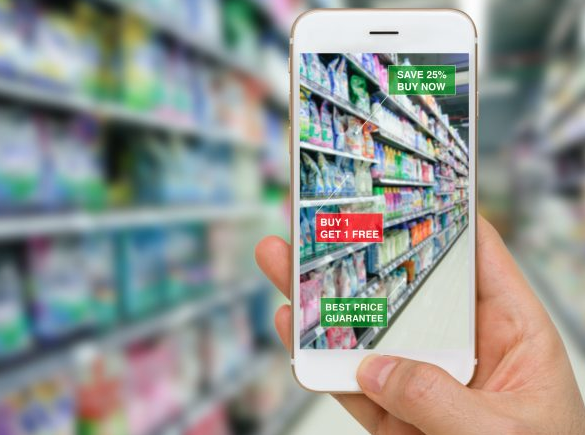 In fact, 32% of consumers are already using augmented reality apps.

The writing is on the wall. They’re ready for changes to be made.

It shouldn’t be difficult for marketers to show proof of concept once they launch campaigns and app features like the hypothetical example shown above.

Since the consumers are primed for this technology, you and your business need to be ready to adapt as well if you want to survive.

It’s time for your business to start planning for the implementation of this technology in the future.

Don’t get me wrong: I’m not saying you need to drop everything you’re doing right now and start focusing on AR. We’re not quite there yet.

But as you’ve seen from the research, trends, and examples I’ve covered in this guide, the daily use of AR is right around the corner.

Augmented reality is going to affect all of us when it comes to SEO.

It might not be this year or next year, but it’s coming. Those of you who are ready to adapt to these changes will have a huge advantage over your competitors.

How is your business preparing for the future of augmented reality?

How to Start a Blog in 12 Easy Steps