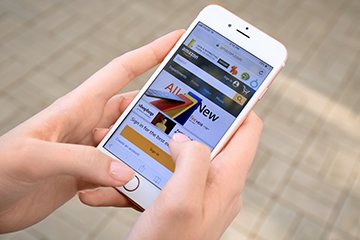 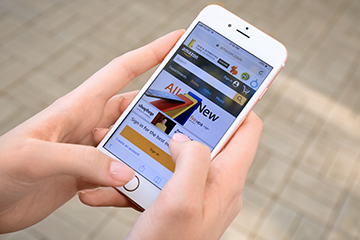 Amazon is already well-known for its rising dominance of the ecommerce market and other fast-growing segments like AWS, its leading cloud computing platform — now, their search advertising business is booming as well.

In fact, it’s on track to generate more than $10 billion in advertising revenues over the next year, a nugget found within Amazon’s most recent third-quarter financial results. In September, the global powerhouse unified its disparate ad products and systems under one brand, Amazon Advertising.

The accelerating growth of Amazon’s ad business poses a threat to established digital advertising platforms including Google and Facebook. The Seattle-based internet giant is forecast to push past Verizon’s Oath and Microsoft to the number three position behind the “duopoly” of Google and Facebook with market share of more than four percent this year. In comparison, the duopoly’s share of new digital ad dollars is declining, forecast to garner only about 48% of new ad spend in 2018 vs. 73% two years ago.

According to a recent Bloomberg TV segment on Amazon’s increasing share of total online ad spend, 54 percent of product searches across the entire internet now occur on Amazon, said Jumpshot CEO Deren Baker. Sponsored ads on Amazon have increased during the last 18 months, with clicks on product searches via sponsored ads on Amazon rising from three to seven percent. Two thirds of these clicks are on the first page of search results, said Baker, increasing pressure to run sponsored ads up against competitors and Amazon’s private labels.

In another extension of its full-court press to rapidly expand its online advertising business, Amazon is now testing a pilot program that lets advertisers use search queries to retarget ads across the web using its demand side platform. It’ll be the first time Amazon’s rich search data will be used outside the walls of its own platform for advertisers to capture shoppers’ intent and serve up more personalized ads.

With more than half of U.S. online shoppers starting their product searches on Amazon today, Google is at a disadvantage in understanding their purchase behaviors in detail. It doesn’t have the data intelligence that Amazon has in terms of what products were actually bought, when those transactions occurred, what journeys the shoppers took in purchasing their final selections, and what other products were added to shopping cart before the final check-out.

Based on that rich set of behavior-based data, Amazon can put it to work with smarter sales pitches that follow shoppers wherever they go on the internet through retargeting campaigns. This added layer of intelligence could help relieve consumer frustration and wasted ad spends that online search expert, journalist and entrepreneur John Battelle recently wrote about in a self-described “rant” against dumber ad retargeting campaigns.

While he’s described programmatic advertising as a “database of intentions” and “the most important artifact in human history, replacing the Macintosh as the most significant tool ever created,” Battelle complains that adtech is failing because people are sick of being followed by ad targeting so stupid that a fourth grader could do better. One ad he describes is for a robe on Amazon that he’d just purchased a few weeks ago that popped up while reading The New York Times – most likely served up via Google Adwords. With Amazon’s smarts, this can be avoided.

Since Amazon’s business plan seems focused on becoming the everything company, marketers will naturally be drawn to spending more with the emerging advertising powerhouse. For example, now with its new Whole Foods business, Amazon can make correlations between online and offline shopping behaviors. It also has insights into video and music preferences through its 100-million plus Prime members. And, Amazon is consistently the “go-to” e-commerce player for major shopping events from Cyber Monday to Mother’s Day to Prime Day.

Lastly, and importantly, Amazon is a step ahead of incumbents in terms of all the purchase data is has tied to attribution, the science of assigning credit and allocating dollars from a sale to the marketing touchpoints a customer was exposed to prior to a purchase. This metric is used by companies to help optimize campaigns and allocate future ad spend based on performance.

Some cautions about what Amazon needs to get right

According to advertiser feedback from Amazon’s new retargeting pilot for its demand side  platform, some agencies chose not to participate in pilot stage because they can’t use blacklists or evaluate ad inventory for brand safety issues. Avoiding ads being placed next to brand-inappropriate content has emerged as what many describe as an industry brand safety crisis.

While Amazon has been a beneficiary of brand marketers moving budgets closer to the point of sale due to a brand-safety backlash on other search and social channels, it needs to deliver brand-safety features for off-platform campaigns to pick up significant steam. Like many other ad giants, it will face more scrutiny in terms of user privacy concerns as it moves beyond its own walled garden where it owns all the data and interactions and doesn’t need to be concerned with ad blocking. Beyond its own walls, Amazon needs to rethink and reshape its data policies.

Historically, Amazon has faced complaints about its advertising tools and lack of support for marketers to implement campaigns. It needs to improve self-service capabilities and provide excellent service for advertisers to grow its business significantly.

From a broader societal and legislative perspective, Amazon needs to be mindful of its impact on media publishers in a world that’s now dominated by three ad platforms: Google, Facebook, and Amazon. It is sure to be more closely monitored by legislators who already view Amazon as a growing target for monopoly concerns. Also, as Amazon’s knowledge of our buying patterns and inner desires rises, along with its ad business, it may be increasingly scrutinized for being a good corporate citizen that does not play into unhealthy, hyper-consumerist tendencies.

Gary Burtka is vice president of U.S. operations at RTB House, a global company that provides retargeting technology for global brands worldwide. Its North American headquarters are based in New York City.

7 expert strategies on Amazon Advertising, and how to use AMS and organic impressions to get your brand seen. Tips presented by John Denny of Cavu Venture Partners (formerly Bai) and Luis Navarrete Gomez of LEGO at the Transformation of Search Summit.

Although it sounds easy in principle, getting PPC and SEO to work together effectively is generally a key challenge. Here are some of the common struggles and strategies for overcoming them.

Fun fact #1: “Wow, you looked at a lot of pages from my web site. How did you like it?” – people encountering a crawler for the first time. This and other quality snippets pulled from the original paper presenting Google in 1997.

Google’s Change Of Address Tool Is A Toggle, Not Progress Check