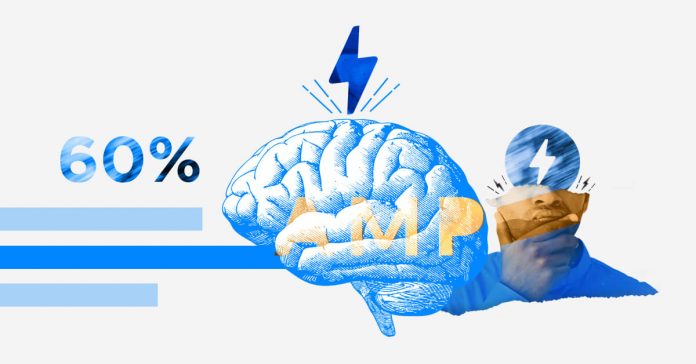 When it comes to page speed, a few seconds of slowdown can cost you. Slow load times cripple conversion rates, raise the price you pay for ad impressions, and even drive qualified traffic to your competitors.

All this being true, Accelerated Mobile Pages (AMP) would seem like the hail mary pass that marketers have been waiting for. Essentially, AMP is a Google-backed framework for creating web pages that deliver near-instant load times, even on mobile. I say “near-instant” here, but I like how the AMP Project itself puts it: AMP pages are “so fast they appear to load instantly.”

What does AMP mean for marketers? Faster delivery of your content, for one thing. The end of waiting altogether, maybe. Ultimately, AMP can result in a significant uptick in traffic and improved conversion rates overall.

So, naturally, every marketer is planning to adopt it in 2019, right? Right!?

Marketers have been slow to adopt AMP for a variety of reasons (via Unbounce’s 2019 Page Speed Report).

Wait, wait, I can explain. As part of our 2019 Page Speed Report, we asked marketers if they planned to implement AMP in the near future. 57% of them told us they have no plans to implement it, while 23% are still considering it.

Those who haven’t adopted the framework have a range of reasons why, but they fall into three broad categories:

I’ll explore these reasons in further detail below. For now, it’s worth saying that each has some validity. But I don’t think any of them—alone or together—should be your excuse not to implement AMP for your marketing campaigns.

In the long run, businesses who overcome these objections will be better positioned than those who don’t, despite perceived drawbacks. As I wrote elsewhere, “Turbo-charged landing pages result in more traffic and higher engagement, boosting conversions and helping PPC campaigns win increased ad impressions for less.” The AMP framework helps you achieve this kind of performance, even on a smartphone.

A significant hurdle that marketers face when it comes to adding AMP to their site has to do with technical resourcing. Four of the answers to our survey question touched on this problem:

It’s no secret that AMP comes with a steep-ish learning curve.

By using a restricted version of HTML and a custom JavaScript library, the framework ensures an optimized (read: fast-loading!) experience. Using Google’s AMP Cache (a content delivery network that stores your page on Google’s servers) further accelerates your pages.

But it also requires your developers to dedicate time to learning and mastering AMP-HTML and the AMP JavaScript library. And since Google’s AMP Cache requires validation once you’ve built an AMP page, there’s really no “good enough” moment here. Either your page works and goes live, or it doesn’t and you need to find your error. Who feels motivated to learn under those conditions?

AMP validation in action—or should I write, “inaction”? (via The AMP Project).

By its very nature, the limitations of AMP also demand a certain, let’s say, technical dexterity. Because bloated scripts tend to be a major contributor to slowdown, AMP’s JavaScript library puts the brakes on the third-party scripting that people have gotten used to using. (And AMP HTML comes with its own quirks.) Working within these constraints can often produce innovation, but it’s also a source of frustration for many who just wanna get stuff done.

Finally, poor analytics has been significant speed bumps on the road to AMP adoption. Tracking and analyzing visitor behavior is an integral part of running an online marketing campaign, but early in its life, AMP asked us to go blind. No thank you.

Why time and dev work are no excuse…

First, let’s be real: the AMP framework is a set of restrictions. That’s the point. So wishing for an AMP without any limitations at all doesn’t make sense.

In addition, many of the difficulties that plagued developers in the early years of AMP are no longer an issue. Tracking, for instance, has improved dramatically since AMP launched in 2015. Today, by using the AMP Analytics tag, you can isolate and analyze AMP traffic in Google Analytics. Though it can’t yet do everything that standard tracking can, it will collect data about users, pages, browsing, and (most significantly) events. As Search Engine Journal points out, “for most content marketers, that’s sufficient.” Not a ringing endorsement, sure, but tracking is now good enough for most marketing purposes.

As AMP development has continued, scripting has also become more robust, and the options available have expanded. Unfortunately, many people rely on scripts from third parties for tracking and integrations, but a lot of companies have been slow to deliver AMP-compatible versions. As adoption has increased, however, so too has the pressure on these companies to deliver.

That said, some of what AMP asks us to leave behind is also inessential. Pages clogged by unoptimized script may soon be looked upon we look at the tailfins on the back of a 50’s Cadillac. (Or, hey, remember the heady days when every site seemed to require Macromedia Flash? When it comes to the web, more isn’t always better.)

Reason 2: Some marketers really don’t get this whole AMP thing

Despite having a mouth to Google’s megaphone, the AMP Project has struggled to be heard beyond web development or publishing circles. When we asked marketers in The Page Speed Report, we discovered the following:

There’s a lot of misunderstanding when it comes to AMP (via Unbounce’s 2019 Page Speed Report).

While 54% of the digital marketers said they have some understanding of AMP, the rest assuredly did not. A quarter of ’em hadn’t even heard of Accelerated Mobile Pages before taking our survey.

Why misunderstanding is no excuse…

First, AMP is hardly floundering, despite the fact that you may not have heard about it. It has the combined might of Google, Pinterest, Twitter, WordPress, and Bing backing it. And
AMP already covers more than 31 million domains serving billions of AMP pages. If you browse the web on your smartphone, in other words, chances are very strong you’ve visited an AMP page.

AMP pages appear in the search results with a lightning bolt icon.

Second, if you hadn’t heard of AMP until you read this article, no worries—because now you have. That gives you an advantage over the 24% of marketers who’re still in the dark. It’s always best to think competitively about page speed. Knowing about AMP (and implementing it) can put you out in front of your competitors by dramatically improving your load times.

Even before they stripped the “don’t be evil” clause from their official code of conduct last year, Google earned a reputation for shady doings.

With the launch of the AMP Project in October of 2015, though, they stirred up a controversy that they didn’t seem to anticipate. Critics were quick to argue that AMP represents yet another move to lock down the web, gallingly disguised as an open-source project.

Many of these accusations point to the Google AMP Cache, which speeds up delivery of content by storing your pages on Google’s servers. AMP doesn’t actually require using Google’s cache—people can create their own—but this tends to be how it’s done. In most cases, the content lives with Google, and a searcher may never touch your actual website. As Daniel Miessler puts it, this is potentially “poisonous to the underlying concept of an open internet.”

Why it’s no excuse…

The language of dissent can get a little, uh, heated (see Barry Adam’s colorful “Google AMP Can Go To Hell”) but a free and open internet is a public good we should be all getting behind. Keeping Google from controlling the entire universe is a definite good for free speech and democracy. (And it’s better for business too.)

But so is delivering fast speeds so that more people can access the web. And AMP helps with that, big time. Remember, the loss of net neutrality means providers can potentially throttle speeds, offering “slow” and “fast” lanes depending on what customers can afford. And 70% of connections globally will remain 3G or slower through 2020 regardless. For these reasons, AMP seems downright necessary, and that’s why news organizations—like The Guardian and The New York Times—were among the first to adopt it.

For what it’s worth, Google has pled innocent in the court of public opinion. In September they took steps to distance themselves from the AMP Project by adopting a new governance model that includes other companies. What this means is that—though Googlers conceived and shepherded AMP—its future is now squarely in the hands of a group that may not always act in the tech giant’s interests. That’s a very good thing.

Why marketers should implement AMP

It’s well-known that delays can create anticipation. But make no mistake, your sluggish website in no way resembles the slow, sultry, seductive pour of Heinz ketchup onto a plate of golden french fries. In fact, the experience has more in common with waiting for your number to be called at the DMV.

By making prospects sit through delays, you’re serving up a heaping helping of frustration, annoyance, and uncertainty. All before they ever even see your content…

…or, rather, if they ever see your content. Because many of ’em won’t make it that far. In Unbounce’s 2019 Page Speed Report for Marketers, a majority of consumers told us that they’ll wait 4-6 seconds before giving up on a slow page.

A majority of consumers say they’ll wait 4-6 seconds before clicking away (via Unbounce’s 2019 Page Speed Report).

Data gathered by Google says the actual number is closer to 3 seconds. After that, many consumers told us they close their browser or even go to a competitor’s site instead. 45% of them told us that a slow loading site makes them less likely to make a purchase. If you want to get fast—like, really, really fast—AMP can get you there.

It’s no secret we’re bullish on AMP at Unbounce. That’s because Accelerated Mobile Pages have many tangible benefits as a quick way to create a near-instant visitor experience. Not only can they have a dramatic effect on your conversion rates, but they can also increase organic traffic overall and improve Quality Scores in Google Ads.

We were surprised to learn in the Page Speed Report how many marketers are avoiding AMP due to difficulty with developer resources. So, as part of our initiatives to improve page speeds, we’ve sought to make AMP friendlier to the non-developer, reducing or eliminating frustration. You can now drag and drop together AMP experiences, and we’re walking you through what AMP is, why you need it, and how to implement it.

So what’s the ultimate reason you no longer have an excuse for not implementing AMP?

Because we’re making it much easier.

In the coming weeks, we’ll be making AMP landing pages available to all Unbounce customers. Using them can still mean choosing efficiency over flashy scripts, but we’ve already seen our beta test community finding new ways to balance beauty and speed. We’re excited to hear how AMP landing pages impact your conversion rates when they hit. And I’m excited to start sharing some success stories (and actionable takeaways) with readers of this blog. 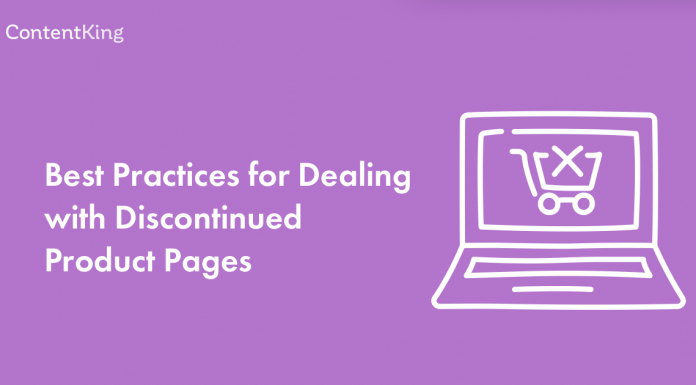 How to Handle Discontinued Products Without Ruining Your SEO –

How to Use AI SEO to Improve Your Website

9 Essential Rules for SEO Copywriting in 2020

Dawn Anderson On Google BERT & What It Really Means

How can you Improve SEO Effectiveness for Magento Websites?